Aggressive Driving, Road Rage, and Your Rights as an Injured Driver

Congested Chicago roadways and busy schedules can lead to drivers acting erratically while behind the wheel. 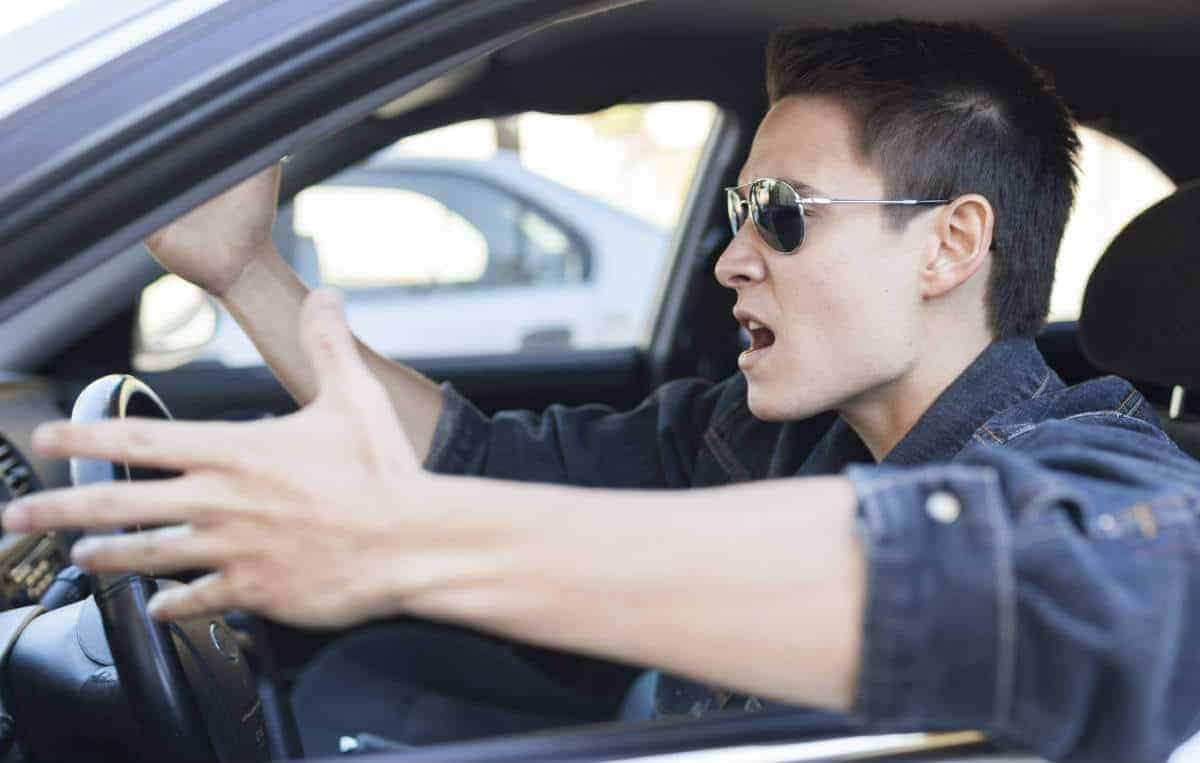 Aggressive driving and road rage are rampant on our Chicago streets, often with grave consequences. If you have been victimized by an overly aggressive driver, or even assaulted by one, you have the right to seek compensation for your injury and any damages. Our Chicago car accident attorneys would be happy to discuss your injury claim with you, free of charge.

The Difference Between Aggressive Driving and Road Rage

Although often used interchangeably, there is a legal distinction between aggressive driving and road rage:

Protecting Yourself from Aggressive Drivers and Road Rage

While there is not much you can do to stop the actions of other drivers, you can take steps to avoid being injured by them. Do not engage with an obviously aggressive driver, but rather drive defensively and move out of their way. Tactics meant to annoy, such as deliberately slowing down or stopping, will only infuriate the driver more and possibly lead to road rage.

Incidents of road rage have been steadily on the rise since the 1990’s. At times, weapons are even involved, including:

If you note that an aggressive driver has stopped and is exiting their vehicle, (if possible) drive away while using your cell phone to call 911. Never engage with a driver in this state, and don’t exit your vehicle. If you are stopped in stalled traffic and unable to move your car, roll up the windows, lock the doors, and call for police help.

If an aggressive driver causes you to crash with them or another vehicle, they should be held responsible for paying for your damages. Make sure that a police report is filed, with as many witness statements to the driver’s erratic handling of their vehicle as possible. Then contact a Chicago car accident lawyer to help you take the next steps towards compensation.

When Is Road Rage Right?

Most drivers in the United States understand the term “road rage.” Although we all react differently, we have all been in the car and felt anger about another driver’s conduct.

Unfortunately, far too often the mistakes of other drivers create major problems on the Illinois roadways. In 2012, the Illinois Department of Transportation reported 77,370 car accidents within the city of Chicago alone. These accidents resulted in 145 deaths of Illinois motorists and 20,433 injured drivers and passengers. A better understanding of what road rage is, how it can happen, and how to avoid it may help more Illinois drivers reach their destinations safely.

What is Road Rage?

This often used term was first brought to fruition in 1987 by a news station in Los Angeles as a result of several shootings on L.A. highways. The term encompasses most behaviors on our roadways that express anger, including gestures, overly aggressive driving, shouting, and throwing objects at another driver. According to AAA, road rage can be attributed to over 1,200 incidents per year. This is not to be confused with the term “defensive driving,” which is used to describe alert, focused, and attentive driving habits.

Why is Road Rage a Problem?

The major problem with road rage is that this rash behavior endangers Illinois commuters. Aside from just physical danger, many U.S. states have adopted laws that allow for prosecution of drivers who become too aggressive. In Illinois, criminal charges for road rage are labeled “reckless driving” charges. An officer is at liberty to arrest the driver, which generally means the driver’s car will be towed away. This also means the driver will be need to pay for the towing bill.

Finally, the driver will have to see a judge. It is uncommon for judges to be lenient on drivers charged with recklessness because the nature of the offense involves placing others in harm’s way. Illinois allows a judge to impose a fine of up to $2,500 and sentence the driver to jail for up to one year. Reckless driving is a class A misdemeanor, which will land on the driver’s permanent criminal record. This charge can prevent the state from expunging or sealing other arrests on that party’s criminal record. Even assuming that no collision results from an incident of road rage, a driver can still find him- or herself in legal danger.

How to Avoid the Rage

Given the consequences for reckless driving, it is in everyone’s best interest to remain courteous and safe behind the wheel. A few moments of level-headed behavior will save you countless hours of frustration later on. Never attempt to compete with another driver for speed or lane position and always attempt to get away from overly aggressive drivers. Remember that the roads belong to everyone and there is no prize for making a statement in the middle of your commute.

Were You Injured in a Car Accident by an Aggressive Driver?

A maneuver that can negatively affect your safety and that of others can be considered aggressive driving.

The National Highway Traffic safety Administration defines aggressive driving as an act involving unsafe and erratic operation of a motor vehicle, which puts the life of the driver or passenger at risk, or compromises the safety of other drivers and pedestrians. Although aggressive driving is dangerous and quite frequent, it is not a criminal offense. Aggressive driving often leads to road rage, which can result in significant damage and even death.

What Qualifies as Aggressive Driving?

A maneuver that can negatively affect your safety and that of others can be considered aggressive driving. The most common forms reckless driving are:

In most crashes involving aggressive driving, speed is the primary factor. The possibility of an accident and injuries becomes double with every 10mph increase in speed over 50 mph. Unfortunately, even after repeated warnings from the Federal Highway Administration, around 70% of drivers exceed the speed limits and even justify their actions.

Reckless driving is driving with a willful disregard for safety or the operation of a motor vehicle in which the driver shows a willful disregard of consequences. In Illinois, reckless driving is a misdemeanor crime, however, it can be a felony when the driver causes bodily harm, disability, or disfigurement. According to a survey conducted by the AAA foundation for traffic safety, a startling 87 percent of drivers have engaged in reckless driving in past one month. No wonder the number of accidents occurring on our roads is still very high, and both authorities and drivers need to work together to make our roads safer.

Even though road rage is a criminal offense, if you are physically attacked, you have the right to file a civil suit against the driver. Follow the same procedure as for an aggressive driving car accident, making sure that a trusted Chicago car accident attorney from Willens Injury Law Offices is by your side.