1 out of 5 children killed in car accidents are struck as pedestrians. 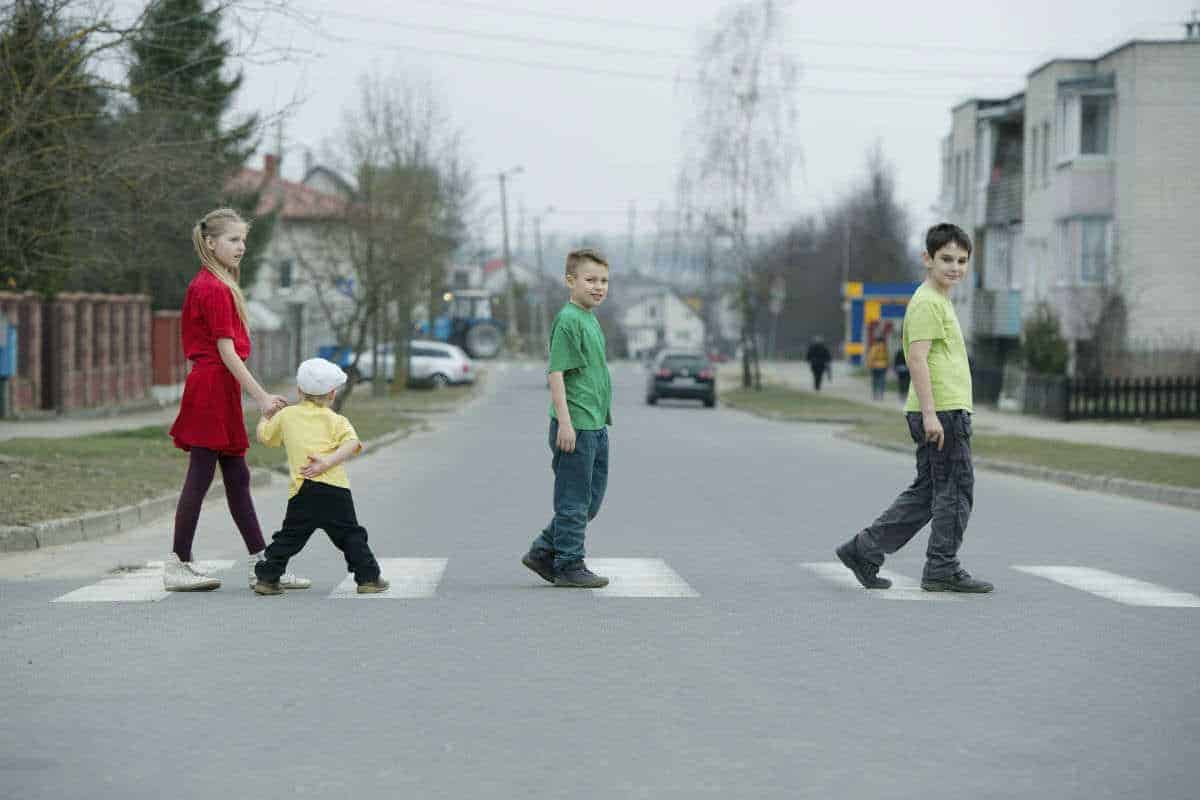 A parent will take all possible steps to keep a child safe while traveling. Parents drive with extra caution, slow down, purchase cars equipped with the latest safety features, and use booster seats and car seats. It becomes more difficult to ensure the safety of children pedestrians. According to available statistics, in 2013, 1 out of 5 children killed in car accidents were struck as pedestrians.

Car accidents can cause life-altering injuries to pedestrians of all age groups; however, children are particularly vulnerable compared to other age groups. Getting struck by a car is the third-leading cause of death among children in the age group of 5-9 years. Children up to 15-years old represent a large percentage of pedestrians killed in car accidents.

Why Children Are More Vulnerable

Children are particularly vulnerable to being hit by motor vehicles for a number of reasons. Children are distracted easily and forget to watch for oncoming traffic. Children have a shorter attention span and lower impulse control compared to adults, so they tend to make impulsive decisions, making them vulnerable to accidents and injuries. In addition, children have smaller and more delicate bodies than adults – a minor collision can cause severe and life-threatening injuries.

A study has shown that many kids simply do not see cars coming and this increases their risk of being involved in a car accident. There is substantial evidence to show that children’s perceptual abilities develop gradually over time, so they are not as capable as an adult to see a car coming and to judge its approaching distance and speed. The study also showed that children demonstrate improvement in their perception and alertness with age, but older children fail to match up to adults in their ability to detect the speed and distance of an approaching vehicle.

Back to School Safety: Cracking Down on Distracted Walking to Prevent Pedestrian Accidents 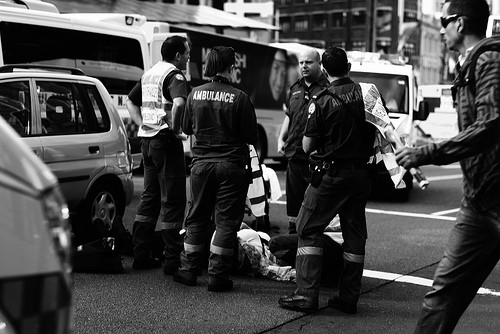 We’ve all seen it: that guy walking down a busy street with his eyes glued to his cellphone, thumbs and fingers flying as he sends a text message, completely oblivious to everything around him.

Thanks to the irresistible temptations of our smartphones, “distracted walking” is an increasingly common occurrence. Unfortunately, there’s also been a rise in distracted walking-related injuries across the country.  Each year, more than 1,500 pedestrians are injured – some even killed – as they fall down stairs, get hit by cars, bikes or buses, tumble down embankments, or crash into stationary objects because they’re more tuned into their digital devices than to the world around them.

Common Forms of Distracting Walking That Can Contribute to Pedestrian Accidents

Surprisingly, some studies show that you’re more likely to be injured while talking on a cell phone while walking than texting while walking. This may be because we tend to be more at ease walking and talking, then while driving and thus less likely to stay alert to potential dangers. These findings do not mean, however, that it is safe to text and walk at the same time as auto accidents are not always the drivers fault.

High School and College Students are at High Risk 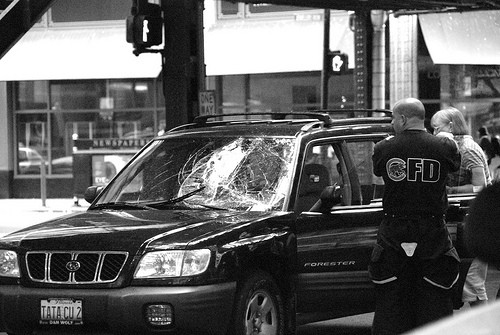 These statistics lead Safe Kids Worldwide to study the behavior of 34,000 teens crossing the street in school zones.  In a report released in August 2013, Safe Kids found that 39% of those kids observed were texting, 39% were wearing headphones, 20% were talking on the phone, and 2% were using a handheld tablet or game.

How to reduce distracted walking accidents

Mobile devices are here to stay and it’s pretty unrealistic that everyone, particularly young students, will stop talking on the phone or listening to music while walking down the street. Nonetheless, distracted walking accidents can be prevented by taking a few simple steps:

630 Children Are Killed By Cars Every Year

Every year, approximately 630 children are killed in pedestrian fatalities.

The majority of these occur during the summer, when kids are playing outside more frequently. Here’s how to keep your kid safe from cars this summer.

Many parents feel comfortable with their children playing near or in the street in residential neighborhoods because they trust the child’s judgment and feel secure that they’ve enforced good safety rules about what to do when a car approaches. Unfortunately, children and adolescents are fundamentally less capable of gauging the speed of oncoming cars than adults are.

Children can’t reliably detect a car approaching at speeds of higher than 20 mph – and while your neighborhood may well have signs posted for that speed, you probably know that there are many drivers who ignore these signs and travel at 30 or 40 mph. Kids also have a harder time determining how fast a car is approaching if they are to one side of the vehicle, as they would be on a crosswalk, or if the child is in motion, as they frequently are.

Children under the age of 10 should flatly not be allowed to cross streets alone, no matter how well they obey the rules of traffic. They are more difficult for drivers to see and have a much harder time determining when they need to get out of the way if a driver has not seen them. Adult supervision is always best – better safe than sorry when it comes to your kids.

If your child is young and shouldn’t be playing near the street, but you don’t have an enclosed back yard for them to play in, you may allow them to play in the front yard. If you can, fence off the play area from the street and from your own driveway – sadly, at least 2 deaths a week occur in the United States when a driver backing out of a driveway doesn’t see a young child behind the vehicle.

While you should supervise your child if at all possible, it’s best to practice scenarios where you might step away briefly. Teach your children not to run out into the street after a ball or other toy by practicing what to do if it happens. Play catch with your child and deliberately overthrow now and then. Teach your child to stop at the boundary line of your front yard and let the ball go into the street.

You want to practice because a child’s impulse

control is poor, and even if they’re very clear on the rule, they may forget in the heat of the moment when their favorite toy goes sailing in front of a car. With practice, they will be able to recognize the impulse but not follow through – and while they’re practicing, you’re right there to stop them if they forget.

It is important for all of us to take steps to keep children safe as both pedestrians and passengers. Stay alert and slow down when driving in school zones, neighborhoods, and other areas where kids may be present. If your child has been injured in a pedestrian accident, you may be able to claim financial compensation from the negligent driver. Compensation includes:

Seek help from a Chicago pedestrian accident lawyer from Willens & Baez. Call us at (312) 957-4166 for a free consultation. We will protect your rights and fight for your fair compensation.