Do I have to go to court if I was in an accident and the other driver got a ticket?

Have to? No. However, if you were injured, I suggest yes you go. In this blog, I will explain why. 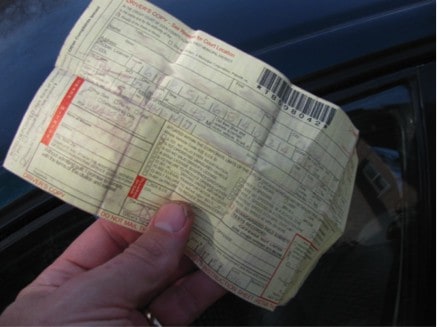 As a personal injury lawyer who has handled hundreds (if not thousands) of car accident cases in the last twenty years, one question I get all the time goes something like this: If I was in an accident and the other driver received a ticket, do I have to go to traffic court? Have to? No. However, if you were injured, I suggest yes you go. In this blog, I will explain why.

Most people who are injured in accidents where the at-fault driver was given a traffic ticket are under the impression that this ticket will be admissible in the civil case involving injuries. They’re mistaken. Only when the at-fault driver pleads guilty in traffic court (an admission of liability) will it be admissible in the civil case. Keep in mind that traffic court is not civil court. It’s misdemeanor criminal court.

If you go to traffic court, the at-fault driver will be more likely to plead guilty.

On a personal note, back in my younger days, if I were to receive a speeding ticket, I would go to traffic court. If I saw that the police officer who gave me the ticket was not there, I would plead not guilty and ask the judge to throw the ticket out since the complaining witness, the officer, was not present in court. The judge would often abide since the complaining witness was not there to… well, complain.

The same applies in a car accident case involving injuries. If the complaining witness, the injury victim, is not there to complain, the at-fault driver, if somewhat savvy, will plead not guilty and ask that the ticket be thrown out. The traffic court judge may do just that.

Will it hurt my personal injury case if I do not go to traffic court?

Is it crucial that the injury victim show up to traffic court to see that the at-fault driver pleads guilty? Crucial? No, not crucial. It helps though. Even in clear liability cases, let’s say a rear-end car accident case; it’s not uncommon for the at-fault driver to say that the injury victim made a sudden stop and was the cause of the accident. Sad, but true. I’ve seen all types of ridiculous car accident defenses over the years. However, let’s assume that this same at-fault driver who rear ended an innocent victim plead guilty to the traffic ticket he received. Think he would try the sudden stop defense in the civil (personal injury) case after pleading guilty to a traffic ticket? Not if he were smart.

I showed up to court and the at-fault driver pleaded not guilty.

Well what if the injured victim shows up to traffic court and the at-fault driver still pleads not guilty? Unfortunately, this happens. If it does, the injury victim may have wasted some time by going to traffic court. Once the at-fault driver pleads not guilty, it doesn’t even matter if the judge yells at the at-fault driver, gives him a fine and a dirty look – that ticket will not be heard of in the civil case. Even though the injury victim may risk wasting some time by going to traffic court, it’s worth the risk. At Willens Injury Law Offices, we’ll often go with you to the traffic ticket hearing if we think we can add value or if you are just very uncomfortable in any type of court. Many people are. Sometimes, our clients are just plain unable to go to traffic court based on the nature of their injuries. In these types of cases, we’ll go for them.