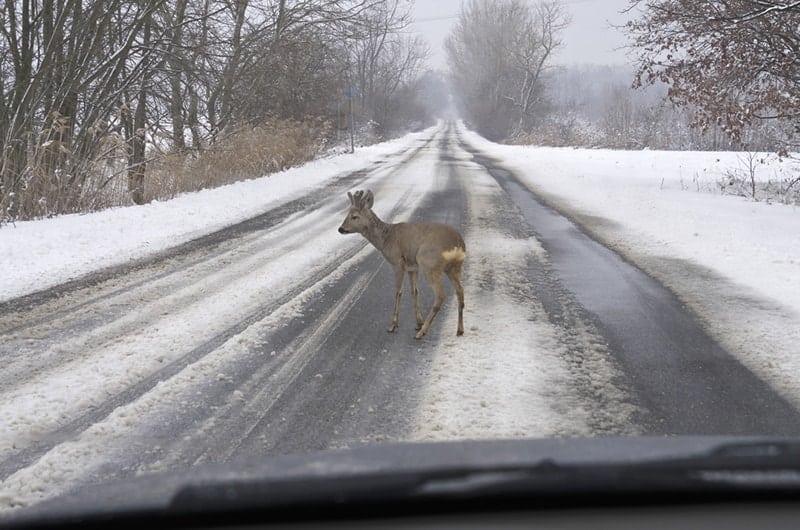 Winter is the peak deer running season in Illinois. This means that it’s not surprising to see a deer crossing the road just when you’re driving. The Insurance Information Institute, Inc., in fact, says that the numbers for deer-car collision doubled in November and December.

The situation poses such danger to motorists that the Illinois Department of Transportation (IDOT) released a warning to motorists last October. According to the warning, motorists should be alert especially during the deer mating season. Thousands of car crashes have been linked to deer. In 2016, there were 14,759 car crashes recorded in Illinois. This a thousand more compared to the year before. IDOT also reports that around 581 people were injured whole another five were killed because of deer-car crashes.

Around 40% of these reported deer-car collisions happened between October and December. A large percentage of these accidents also happened in the rural areas around twilight or at night. Despite the problem, Illinois has had a hard time controlling the deer population which adds to the risk of motorists hitting them.

The following shows the areas with the most deer-car collisions in 2016 in Illinois counties according to IDOT:

As with other types of car crashes, deer-car collisions can lead to severe injuries. In worst cases, they can also be fatal. Nonetheless, this is not to say that drivers can’t do anything about the danger. There are several precautionary measures that they can do to avoid accidents during this deer running season. Some of these include:

It can be difficult to get involved in a car crash accident. It’s either you get injured or worse become a fatality. If in case you have been a victim of a car crash, it is best to report the incident immediately.

If your insurance policy has optional comprehensive coverage then you will be covered if you get into a deer-related car crash. The comprehensive coverage will cover the replacement or repair of the vehicle if it sustained damage during the accident. This does not cover medical payments only the damage to your vehicle. There are insurance policies that include optional medical payment insurance but you should confirm this with your insurance.

While Illinois require liability coverage, this does not usually compensate you for the damages that result from a deer-related incident. This type of coverage if you caused the accident, damaged a property or hurt someone.

If you’ve been seriously injured in a deer related accident contact Willens Injury Law Offices. Put 20+ years of vehicle accident claim experience on your side.