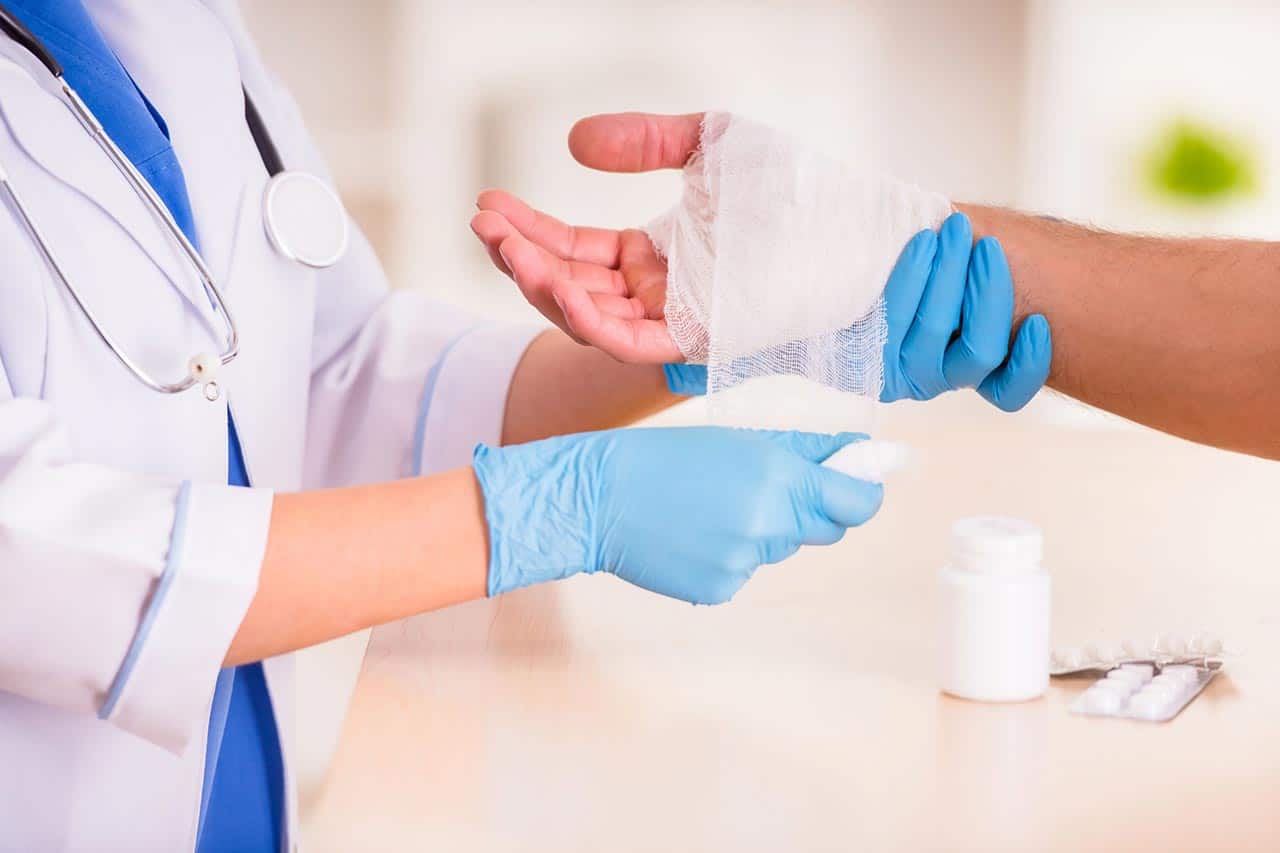 Our client was under the care of a neurosurgeon, at a Chicago medical center, for neck related issues. As part of his treatment plan, the doctor ordered our client to undergo a cervical MRI, under sedation. While under anesthesia, our client suffered an injury to her left hand. Immediately noticeable upon waking was a laceration on her left hand that was bleeding and pain to her left ring finger, as well as her wrist.

As a result, our client had x-rays performed on that left hand. The clinical indication from the radiologist noted that “[her] left ring finger injured in MRI today; pain distal left ring finger with laceration and mild pain to [her] little finger too.” The findings by that radiologist reported: “a nondisplaced fracture base of the distal phalanx ring finger along with associated soft tissue swelling overlying the distal phalanx ring finger.” Two hours later she underwent a left wrist X-ray which confirmed no fracture on that wrist but did show “soft tissue swelling about the left wrist and distal forearm.”

About a week later, our client underwent an MRI of that left hand which confirmed that she had suffered a “left ring finger distal phalanx fracture and extensor tendon laceration” which necessitated surgery for repair. She underwent a left ring finger distal phalanx closed reduction and percutaneous pinning as well as a left ring finger extensor tendon repair.  Following that procedure, she underwent significant therapy, which she described as “excruciating and absolutely the worst pain of my life”, to strengthen and attempt to alleviate pain of that hand and finger. Eventually, a doctor removed the pin inserted during the initial surgery.

She was instructed to continue therapy and to utilize her wrist splint at night. Finding no permanent relief, a doctor ordered our client to undergo a nerve test, which was conducted. Following that, our client, under the care and recommendation of her doctor, was then administered a lidocaine and celestone injection in the hopes of alleviating the pain in her left hand. Finding no relief from the injection our client elected to undergo a second surgical procedure, an outpatient surgery for left ring finger trigger release and left carpal tunnel release. Following another three months of therapy, our client did see relief in the pain she was experiencing in her left hand but still suffered from stiffness and occasional cramping. As of today, our client still encounters limitations in strength and occasional pains and aches in her left hand.

A confidential six-figure settlement was reached in this matter after some litigation. While many lawyers would have walked away from this matter since it never had seven-figure potential, we did not. We saw a wrong and needed to make it right for our client. She was ecstatic with the result and we were glad to help her achieve justice.