Overmedication of the Elderly: Restraint without Straps 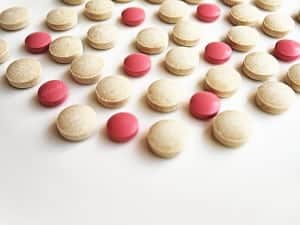 Chemical restraint is the use of drugs to restrict the movement of a nursing home resident.

In nursing homes all over the country, the elderly are being restrained from moving freely. Often there are legitimate reasons to restrain someone, such as if they pose a risk to the safety of themselves or others. However, physical restraints on residents of a nursing home should be used only when necessary, and for good reason. For one thing, using physical restraint for discipline or convenience is a violation of federal and Illinois law. Another reason is the appearance physical restraint takes; physical restraint is often accomplished using straps, confining the nursing home resident to a bed or chair. The behavior of a resident restrained against their will can be unsightly and disturbing.

Drugs: Use and Abuse

Another reason chemical restraint has become a problem is the insidious way it can become a part of a nursing home’s mode of operation. Under Illinois law, chemical restraints are not to be used at all unless authorized by a doctor, nor can medication be administered to a resident unless agreed to by the resident or the resident’s legal representative. However, it is simple for a nursing home employee to increase the dosage to a patient who already takes the drug. It is even simpler to fail to reduce the dosage when the symptoms the drug treats have become less apparent. In 2013, four different Illinois nursing homes were cited by the Department of Health and Human Services for failing to maintain the drug regimens of residents for their maximum well-being.

Consumers need to be aware of the dangers inherent in improper administration of drugs to the elderly in nursing homes. Apart from the obvious human rights and legal violations, unauthorized chemical restraint can be hazardous to the health of the resident.

According to the National Consumer Voice for Quality Long-Term Care, drugs used for chemical restraint (specifically antipsychotics) can increase confusion, decrease cognitive function, and create a situation in which injury is more likely to occur. They also create a stupor in the resident, perhaps preventing communication of a serious problem to the employee of the nursing facility.

Further, medications are expensive, and the cost of those medications is often passed on to the consumers and, through Medicare and Medicaid, to the taxpayers. By preventing the misuse of chemical restraint, billions of dollars can be saved.

What You Can Do

Our loved ones depend on us to provide them with the care and comfort they deserve. If they are injured at the hands of those we trusted to take care of them, they should be compensated. An experienced attorney can evaluate injury, establish fault, and pursue a just outcome.