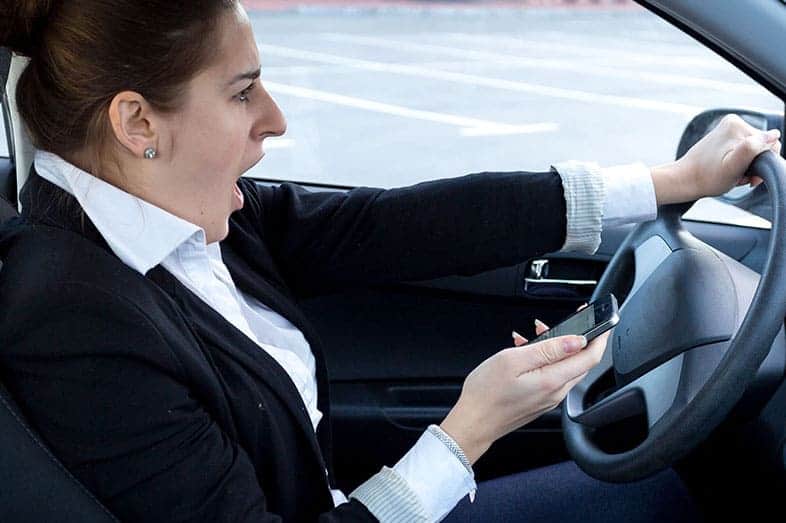 Teens who like to text and drive at the same time may be convinced not to do it if offered some sort of financial incentive. Parents looking to discourage their teens from this risky habit can do so if offered rewards through apps. According to a new survey from the Perelman School of Medicine at the University of Pennsylvania and the Children’s Hospital of Philadelphia (CHOP), auto-insurance apps that track driving behavior and offer financial incentives have the potential to save lives. The survey results indicated that more than 90 percent of the teen participants said they can give up their texting habits while another half said that they want some type of control over their phones for navigation and playing music.

Kit Delgado, MD, author and assistant professor of Emergency Medicine at Penn, said that more than half of American teens admitted to texting while driving. This activity has been considered an important public health issue since it can lead to disabling injuries and death. According to Delgado, their study suggests there is a promising strategy to prevent this behavior by including or enabling a third-party app or phone setting equipped with automatic responses for incoming texts. The app or setting should also have music and navigation functions. The teen driver can be entitled to an incentive if he or she confines their phone use to music and navigation.

According to Delgado, one example could be turning on the ‘Do Not Disturb While Driving’ setting on an iPhone. The setting can be triggered once a person is in a moving car. Likewise, enrolling the teen in an auto insurance program that gives financial incentives for using apps that monitor driving behavior may possibly curb the bad driving habit.

Car crashes continue to be the leading cause of fatalities for American teens. Likewise, cell phone use has been linked to a great deal of these accidents for the past two decades. The new reports add that drivers aged 15 to 19 are more likely to die in car crashes than any other age group.

The National Highway Traffic Safety Administration (NHTSA) has taken steps to push for a “Driver Mode” setting in smartphones. It would function much like the “Airplane Mode,” which works by limiting what a person can do with their phones while that setting is enabled. Recently, the Apple’s iOS has been equipped with “Do Not Disturb While Driving” mode that blocks incoming texts, sends automatic responses, limits phone calls and locks the screen. The setting, however, remains optional.

Delgado added that reducing cell phone distraction through apps and settings can only be effective in resolving public health issues if they have wide adoption. Fortunately, the research numbers are promising. Teens indicated that they were “willing” or “somewhat willing” to reduce their cell phone usage in terms of emails, social media, texts and calls under the incentive program.

However, there are fewer teens willing to give up their use of the phone for music and navigation. Nonetheless, despite the participants still “unwilling” to give up their smartphone use entirely, they said that financial incentives can be “very effective” in discouraging them to text while driving. Some of these programs can include weekly cash rewards and annual insurance premium discounts among others.

Texting and driving have been consistently linked to fatal car crashes. It’s best to make sure that your kids stay safe. If your child or your family have been in any car crashes that may be the fault of another negligent driver, then contact Willens Law Firm today for a review of your situation.