The Reality of a Failure to Diagnose Breast Cancer Case

Ever wonder what happens behind the scenes in cases where a doctor fails to diagnose breast cancer? 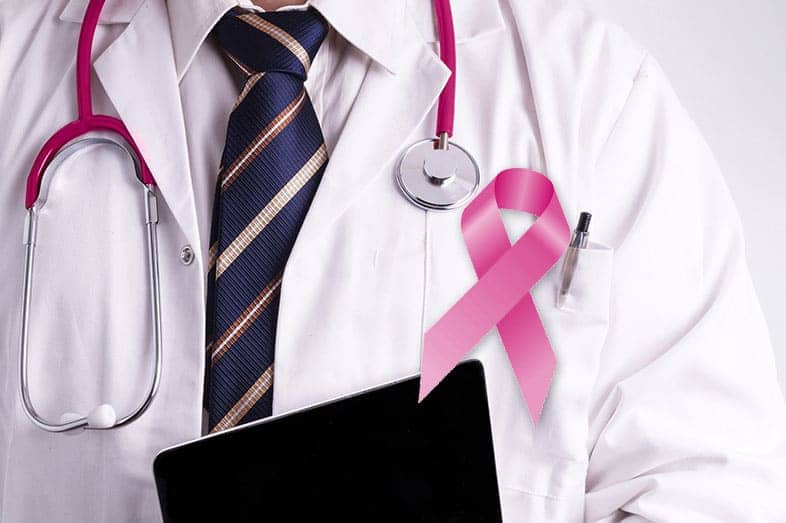 According to the British Medical Journal, an online an international peer reviewed medical journal, the most common reason people file medical malpractice claims is because their doctor failed to diagnose a particular health condition.  After reading this, I began to reflect when and how I began handling “failure to diagnose” cases.  Mine was a “failure to diagnose breast cancer” case.

Two decades ago, I didn’t know a heck of a lot about breast cancer or failure to diagnose cases.  Heck, I didn’t know too much about medical malpractice at all back then.  However, my gut told me that when a woman who has regularly scheduled OB/GYN visits and voices concern to her doctor about a lump on her breast, the doctor should do something more than say, “Don’t worry about it.  A lot of women have lumps on their breasts.”  Well, this woman walked into my office and I signed up the case.  I believed in my client and she believed in me.  My career handling “failure to diagnose” cases began.

The Medical Code of Silence

The first thing I did was gathered her extensive medical records.  I noticed that she would see her OB/GYN at least once a year and she would mention a lump on her breast.  Whether the doctor examined it or not was unclear from the records (he said he did when I questioned him about it but my client said the opposite), but it did seem clear that he did not order any type of testing or follow up.  I called a local expert OB/GYN to review the case.  He believed there was medical negligence but didn’t want to testify against another doctor.  He told me, “I don’t want to cr*p in my own backyard.”  I realized that I would have to go out of state to locate an expert that was willing to testify against a fellow doctor another example of the medical code of silence found when medical mistakes arise.  I found one out in Florida and filed a Complaint at Law in Chicago against the negligent OB/GYN soon thereafter.

Strings Attached to the Offer

Litigation began as well did the defense bullying tactics.  What should have been a short fight in my opinion ended up lasting a couple of years.  As not uncommon, the defense denied our allegations and attempted to cause delay at just about every phase of the litigation.  Eventually, after we had disclosed our experts, an OB/GYN from Florida and an oncologist from Louisiana, and after the defense attorney took their depositions, an offer was made.  After some negotiation, the doctor’s insurance company was willing to pay the seven-figure insurance policy limits, but the doctor client wanted confidentiality, meaning he didn’t want anyone to know about his gross negligence that we had now proved.  I informed my client and she held her head up high and said, “No – under his care my cancer progressed to easily treatable to almost certain death.  Then, through his attorneys, he dragged me through the mud during litigation, never expressing an ounce of remorse or even empathy.  Tell him “NO CONFIDENTIALITY!”  I fully supported my client’s decision.  I would have done the same thing if I was her.  I let her know that I was willing to try her case in front of a jury even though doctors win malpractice cases most of the time.  She was willing as well.  It never got that far.

Not much longer after we rejected the “confidentiality” part of the settlement offer, the defense attorney offered full insurance policy limits without the “confidentiality” clause.  He even offered to have his doctor client apologize.  My client accepted the offer.  She or I never went public with the personal injury settlement but neither of us wanted to have this negligent doctor, his insurance company and all of his attorneys dictate the terms of the settlement.

Since then, I have handled several “failure to diagnose breast cancer” and other “failure to diagnose” cases and even obtained a record verdict in one of them.  The study I mentioned above concluded that “missed diagnosis” cases account for more than 60 percent of medical malpractice claims.   That number does not surprise me.  What surprises me is that the medical profession, in general, doesn’t seem to be combating this problem as aggressively as it should.

To discuss your personal injury, medical malpractice, car accident or wrongful death case, call our Chicago Personal Injury Attorneys today at (312) 957-4166 to speak with an experienced personal injury attorney. Initially, we will listen to you and offer you guidance. We see this initial FREE consultation not only as a way for us to get to know you, but also for you to better understand who we are and what we can do, so you can feel comfortable making the decision as to which law firm to hire.