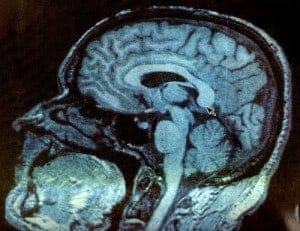 TBI occurs when the brain collides with the inside of the brain at high speed, causing damage. The collision can be caused by nearly anything.

When people think of injuries suffered from car accidents, they often picture blood and broken bones. Our minds tend to fill in the blanks of that we cannot see, and if the unseen thing is something we fear, we often picture the worst. While lacerations and bone fractures often occur as a result of high speed impacts, there is another kind of injury that is common, but is much less visible and thus much more devious: traumatic brain injury.

Football is increasingly in the news as we approach the Super Bowl on February 2nd. But in recent memory, the NFL has been under increased scrutiny due to the controversy surrounding their treatment of and knowledge of TBI. Some high profile suicides of former NFL players have called attention to the possibility of neurological conditions caused by repeated blows to the head, regardless of whether the player was wearing a helmet. The NFL also settled a class action suit by former players alleging similar brain injuries. The documentary “League of Denial” opines that the NFL knew about the danger to players, and yet did nothing.

Another at-risk population for TBI is soldiers. In warfare, firearms are often employed, but in modern warfare against poorly-equipped insurgents, it is increasingly common for American soldiers to come into contact with improvised explosive devices. These devices are often placed at roadsides, to overturn or destroy military vehicles, or to combat those walking on the ground. If an explosive goes off far enough away not to maim the body, but close enough to propel the body away, the brain can collide with the skull very hard. This can easily cause brain injury so severe that it can affect the soldier’s life forever.

TBI can be as minor as a mild concussion that the sufferer may not even realize is present. Symptoms like dizziness and confusion can go away in a matter of minutes. It can be as serious, however, as altering behavior, causing wild mood swings, and impairing thought and movement. Whatever the severity, treatment is available, but it often means bed rest and a relaxation of mental function.

Traumatic brain injury is serious. Many people cannot afford to lose weeks of work to recover from TBI, nor can their families afford to lose someone they care about. If you or someone you depend on has suffered TBI, a personal injury attorney can evaluate the cause and the extent of the injury to fight to get you the money you need to move on with your life. Contact Willens Injury Law Offices today at (312) 957-4166 for a free consultation.