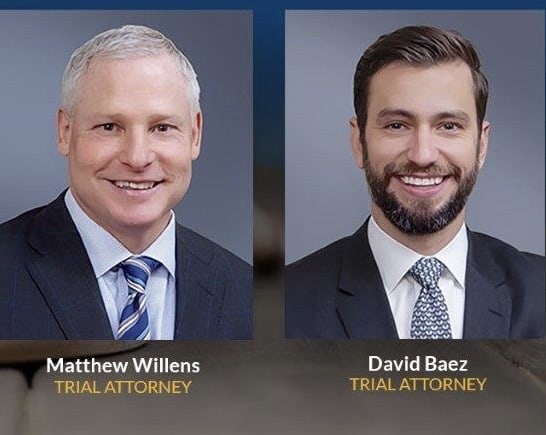 While many personal injury law firms only take cases that are “slam dunks” – cases that are easy to settle – rear-end car accidents with clear cut injuries – Willens Injury Law Offices takes a different approach. In fact, Willens Injury Law Offices just settled a wrongful death lawsuit for substantial insurance policy limits involving a man who fell to his death from a second-floor porch. Prior to Willens Injury Law Offices getting involved with this matter, two well-known personal injury law firms declined prosecution of this matter. The subject fall occurred a little more than two years ago. The man who was killed left behind, as his only heir, a loving sister. Originally, the sister had retained a personal injury law firm she saw advertised on TV multiple times per day. That firm appears to have done very little on the case before declining it outright. They didn’t do much, if any, of an investigation and they didn’t even try referring the case to a firm more capable of handling a complicated wrongful death case, as they often do.

She then hired another well-renowned firm who did some investigation into the facts but never filed a lawsuit. They thought they might be able to get the case settled without litigation, but they were wrong. When they realized they would have to litigate and perhaps try the case, they declined the case as well. That’s when the sister came to Willens Injury Law Offices where she met with partners, Matthew L. Willens and David A. Baez.

Willens and Baez explained to her the difficulties associated with the case. It was the first time that any lawyer actually sat down with her and had a heart-to-heart with her about the pitfalls of this wrongful death case. They explained that this was a case that was not going to settle without a lawsuit and it very well may need to be tried in order for justice to be served. She understood and retained Willens Injury Law Offices to handle this matter to a conclusion. As the preeminent Chicago Personal Injury Attorneys, Willens Injury Law Offices promptly filed a lawsuit.

Willens Injury Law Offices was able to show that the porch the man fell off of was beyond repair. Additionally, Willens Injury Law Offices was able to prove substantial damages, with the medical bills prior to the man’s death nearing one million dollars. This was in addition to damages under the Wrongful Death Act such as loss of comfort and companionship of the decedent. Eventually, the responsible insurance company tendered the full limits of the defendant’s commercial insurance policy.

Says Matthew L. Willens, “While other law firms perhaps lacked the resolve to seek this matter through, we brought our experience, our skills, and our resources to the table and obtained justice for our client.” Says David A. Baez, “Once the defendant’s insurance company saw that we were preparing for war, they wanted to talk peace.”