Free Personal Injury Legal Consultation. No Fee Until We Win. We’ll Even Come To You.

Willens Injury Law Offices is a top-rated law firm with an award-winning team of Chicago Personal Injury Lawyers and Bus Accident Attorneys who can help you when you have been injured in a bus accident. Since we charge no legal fees, unless and until we succeed in obtaining a monetary recovery for you, you can count on us fighting hard to get you the compensation you need and deserve.

We know that an injury case has the potential to take over a person’s life, making it difficult to move forward. People turn to us for the dedicated, caring help they require, regardless of the type of accident they were in or the type of injury sustained. We want to help them take control of their situation so they can focus on what matters most — getting back on track. This is also why many of our firm’s cases are referred to us from other lawyers and law firms who trust us to handle their friends, family members and clients’ personal injury cases.

If you or someone you love has been involved in an accident involving a bus, you can turn to Willens Injury Law Offices for help. Our lawyers have years of experience with bus accident cases. We have a deep understanding of the laws and types of injuries that can result from bus accidents. Our professional bus accident attorneys in Chicago will gather evidence about the case and identify everything you need to recover.

Willens Injury Law Offices serves Chicago and surrounding areas. We are available 24/7. If you can’t come to us, we’ll arrange to come to you. Your consultation with us is free.

Thousands of bus accidents occur each year. Due to the size of buses, injuries resulting from bus accidents are often severe or even life-threatening. 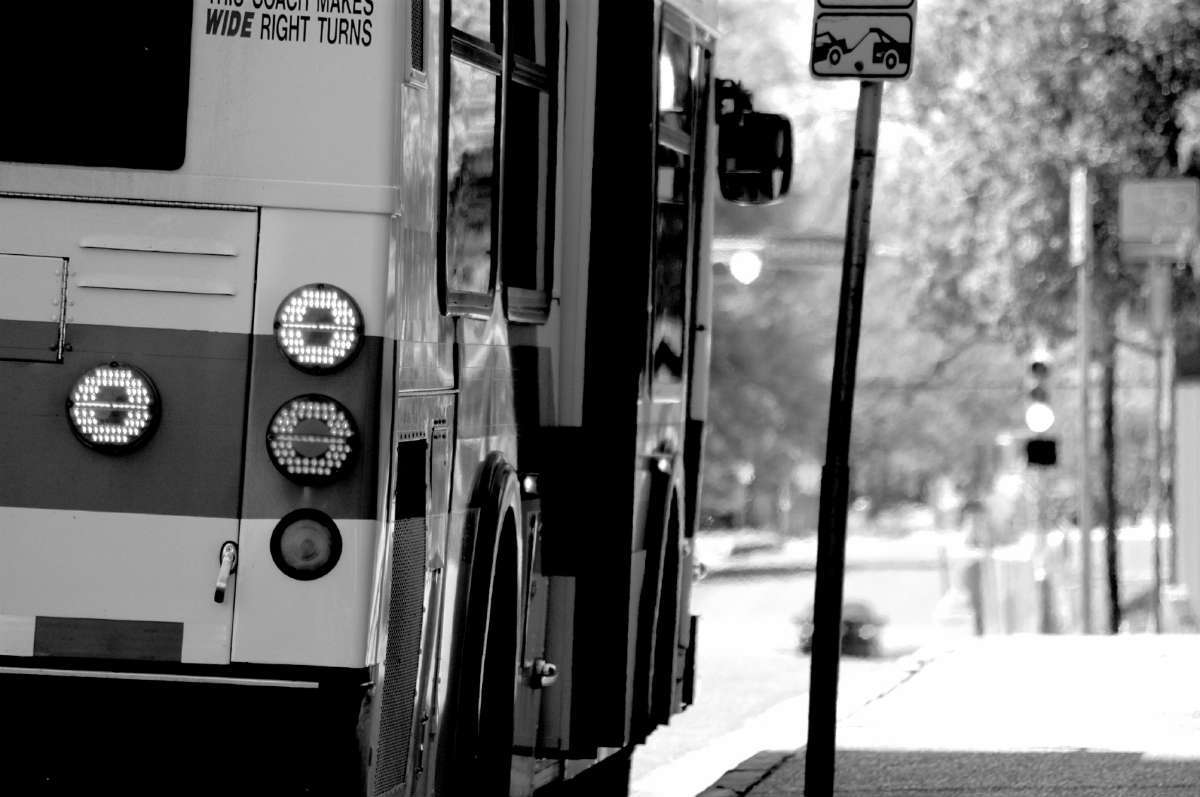 Chicago is a center for public transportation. Each morning school buses packed with children and CTA buses filled with commuters move out through the city and suburbs. Tourists pile onto guided tours throughout the city. Thousands of people use public transit each and every day.

Accidents involving buses are different than other motor vehicle incidents. Though transit authorities attempt to make transportation safe, problems can still arise and accidents will be the result. Each year there are thousands of bus accidents. Due to the size of buses, injuries can be severe or even life-threatening. If you’ve been injured in a bus accident, we recommend reaching out to an experienced bus accident lawyer in Chicago.

We handle a variety of accidents involving buses

Keep Your Kids Safe at the Bus Stop

A Chicago bus accident can involve any type of bus, but one of the most tragic is a school bus accident.
Unfortunately, the majority of school bus accident fatalities involve children who are struck and killed by their own bus. The advantage of this is that school bus drivers are trained and behave consistently, so if you teach your children the proper rules, they can avoid the dangers of a bus accident.

Here are some basic tips for keeping your kids safe:

The Law Behind Illinois Bus Accidents

We recently were retained by one gentleman who was injured when the CTA bus he was a passenger in rear-ended another vehicle.  Not too long ago, I tried a case for a man who was injured while a passenger on a CTA bus.  The bus he was on, hit a speed bump at a high rate of speed sending him into the air.  When he came down, his heel shattered.  We were also recently retained by a husband and a wife who was rear-ended by a Pace Bus while on the way home from a recent Chicago Bears home game.  Though these people were seriously hurt, they had a good sense of humor and stated, “At least the Bears won.”

This increased amount of bus crash cases my firm has been getting does not really surprise me.  After all, there are approximately 9000 of them each year.  We are in a down economy and common sense dictates that more people will use the bus than their cars if presented with the choice.  Because there are more and more people using buses, an economically wise thing to do, there are more buses on the road each year.  This leads to more bus accidents. People injured in those accidents need an experienced Chicago bus accident attorney on their side.

Insurance companies may offer you a quick settlement. Do not be fooled. Their offers are often too low. Willens Injury Law Offices will take into consideration not only the cost of recovery but any other factors that occurred from the accident. Depending on the specifics of your accident, you may be entitled to compensation that includes:

I’ve Been Injured While On Public Transportation in Chicago

Furthermore, common carriers are in the business of providing transportation to the public. As such, a common carrier owes its passengers the duty to use the highest degree of care consistent with the type of vehicle used in the practical operation of its business.

Under Illinois case law, common carriers include modes of conveyance and devices such as planes, ships, buses, taxicabs, limousines, amusement devices such as a Ferris wheel, trains, and even elevators. While these common carriers have a duty to passengers, they also maintain the right to eject passengers for disorderly conduct or a failure to observe and adhere to reasonable rules while acting as a passenger. For example, under the Illinois Railroad Police Act, which applies to both trains and boats, railroad conductors and ship captains or masters have police power and may arrest and/or eject passengers who commit a crime or misdemeanor while onboard the train or boat.

Chicago has an efficient bus transportation system that assists thousands of commuters on a daily basis. Buses are large vehicles, so bus accidents often lead to serious injuries to occupants of the colliding vehicles as well to the bus passengers.

In early 2017, a school bus collided with a car leaving five injured in the South Shore Chicago area. Around the same time, another bus accident took place in Chicago that injured 25 people.

According to the Federal Motor Carrier Safety Administration, 3,978 large buses and trucks were involved in accidents leading to fatalities in 2014. Considering the data collated in 2009, this is a 20% increase between 2009 and 2014. Moreover, there was a 55% increase in injury-causing crashes during this period. According to the data, 13% were intercity buses, and 33% were transit buses. School buses accounted for 41% of the injury crashes. About 1,766 school bus accidents were reported by the Illinois Department of Transport in 2014 leaving 157 students and 72 drivers injured. There were 2,699 accident reports involving other buses that left 546 injured and 7 killed.

Considering these increasing numbers, it is essential for all using bus transport to understand how liability is determined in bus accidents.

Fault and liability depend on the cause of the accident. As such, negligent bus drivers, inadequate maintenance and repair of buses, and other negligent on-road car drivers are responsible for a majority of bus accidents.

A good Chicago bus accident lawyer will tell you that the laws and rules for determining liability in an accident involving a bus are different from those that govern car accidents. Bus drivers fall under the category of common carriers and are required to follow the highest standard of care while driving and carrying passengers. Inability to do so will render the driver negligent and thus make him liable for the accident.

If the cause of the accident is determined as faulty or defective equipment or insufficient maintenance, the injured party may be able to hold the bus company as well as the manufacturer of the bus liable.

If another driver causes the accident, the driver responsible can be held liable for injuries caused.

Understanding the statute of limitations