All types of car accidents are dangerous but there are few that are as dangerous as head-on collisions. 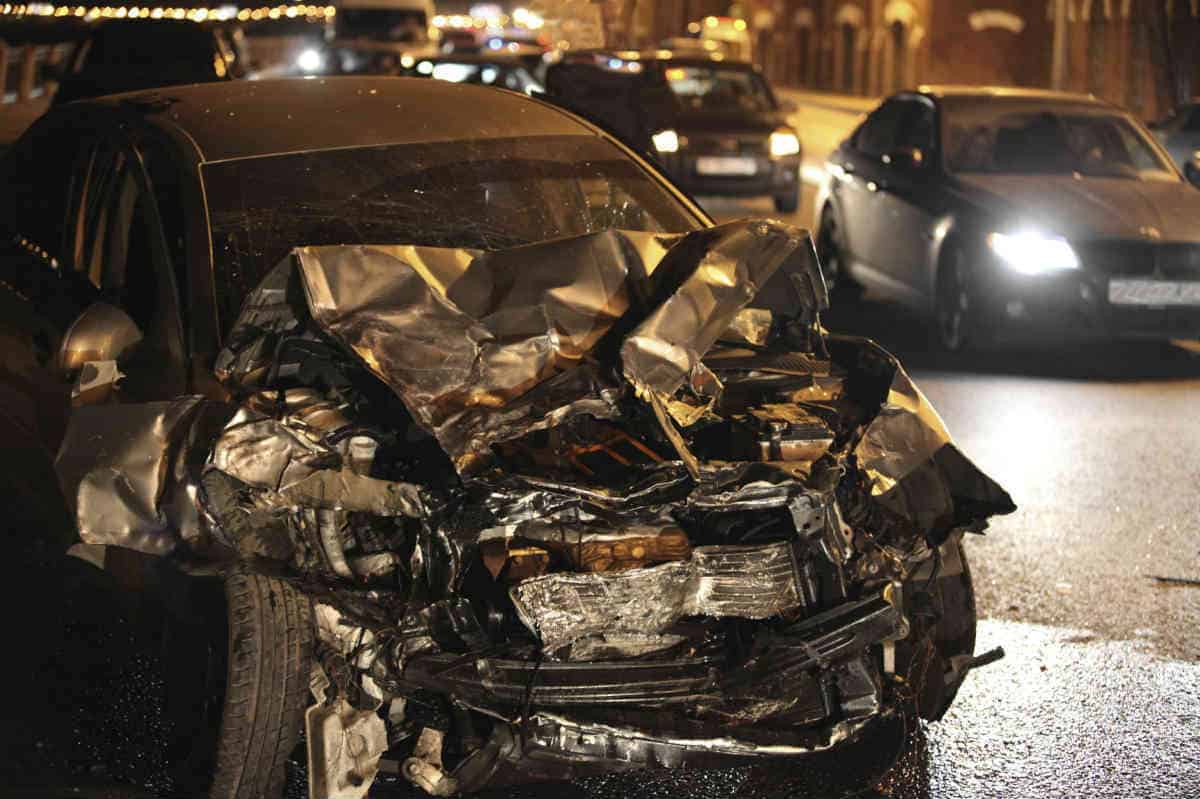 Also known as a front-impact crash, a head-on car accident occurs when two vehicles driving in opposite directions smash into each other. It is typically due to one driver being on the wrong side of the road, for one or many reasons. They may have lost control of the vehicle, been distracted, intoxicated, or simply made a driver error.

A head-on crash concentrates the maximum amount of momentum and energy into the collision, increasing the risk of injury. It is important to understand why head-on collisions occur, what kind of injuries they can cause, and the damages one can claim after a crash.

If you or a loved one has been seriously hurt in a head-on crash, contact a Chicago head on collision attorney to help you get the compensation you need and deserve. In the Chicago area, the attorneys at Willens Injury Law Offices are ready to examine your case for your best legal options.

Head-on collisions can occur because of a variety of reasons. Some common causes are:

Many causes of head-on accidents can be attributed to someone’s negligence. The majority of these wrecks are due to the carelessness of a driver, but there are also cases where other parties are liable. Examples are public road agencies that fail to install crucial traffic markings, and car manufacturers that produce unsafe vehicles.

Having a Chicago head on collision lawyer is invaluable in determining the causes and liable parties in your accident. Insurance companies will conduct their own investigation, but they are known to use tactics geared towards their own revenue. Hire a lawyer who has demonstrated their commitment to injured individuals. Your attorney should leave no stone unturned in fighting for your full compensation.

Head-on collisions often lead to serious injuries. These crashes are among the deadliest, even though they are not as common as other accident types. In fact, in Illinois alone, head-on collisions ranked third in 2016 in terms of fatal traffic collisions. Within just that one year, there were 113 fatal head-on crashes in the state, on top of the 1,121 injurious head-on accidents.

According to the National Highway Traffic Safety Administration (NHTSA), severe injuries in front-impact collisions occur most often to the head, chest, and abdomen. Some of the most commonly reported injuries are:

Compensation After A Head-On Car Accident

There are two types of damages you may claim in a car crash case. One is economic damages such as medical expenses, therapy or rehabilitation costs, long-term care, lost earnings, and lost capacity to earn. The other type is non-economic damages, which are less quantifiable but still compensable under the law. Examples are pain and suffering, disfigurement, and emotional distress.

To determine the full amount you may be entitled to, discuss your case with an experienced head on collision attorney in Chicago. At Willens Injury Law Offices, we are thoroughly knowledgeable in legal remedies for accident victims. We can apply our experience and knowledge to maximize your compensation, and we work diligently to help you obtain it.

Have You Lost A Loved One In A Head-On Crash?

Due to the deadly nature of frontal collisions, many families sadly suffer the tragic loss of their loved ones. If this type of accident has claimed the life of your family member, and it was caused by someone else’s actions, it may be a wrongful death case.

A successful wrongful death claim may compensate you for losses such as medical bills incurred from the crash, funeral and burial expenses, lost benefits from the deceased, lost consortium (marital companionship), and lost guidance. While no amount of money can replace the life lost, the monetary compensation may help you and your family recover financially from the accident, so you can focus on healing.

Surviving family members may file a wrongful death claim. First in line is the personal representative specified in the deceased person’s estate plan. If there is no personal representative, close family members such as the spouse, parent, or adult child of the deceased can pursue the claim.
Talk to us at Willens Injury Law Offices to see how you may be able to claim damages from your loved one’s car crash death.

How to Avoid Head-On Collisions in Car Accidents

Few things are more terrifying than seeing a vehicle driving on the wrong side of the road – and heading straight toward your car.  Head-on collisions are extremely dangerous.

Although they comprise only 2 percent of all auto accidents, 20 percent of them are fatal, according to the National Transportation Safety Board.  And those that aren’t fatal often result in catastrophic injuries, including head trauma, broken bones, and spinal cord damage.

About 75 percent of all head-on collisions occur on rural roads or undivided two-lane roads. Most often, they are caused by a driver falling asleep at the wheel, driving while distracted, drunk driving, speeding, or failing to negotiate a curve properly.

In big cities like Chicago, head-on collisions commonly happen when a driver fails to yield the right-of-way during a turn, or runs a red light or stops sign.

The good news is that many head-on collisions can be avoided, if you know what defensive actions to take.

You’ll have to take most of these actions in a split-second, so keep them in mind at all times.

Willens Injury Law Offices has successfully served injured individuals and bereaved families in Chicagoland. Our legal service in vehicle accident cases has led to their maximum compensation, including:

Our top-rated lawyers may be aggressive when fighting for our clients’ compensation, but our entire team makes it a point to be considerate during this difficult period in their lives. See how our competent and compassionate service can help you, too. Call us today for a free consultation.

If you have been injured in a head-on collision caused by a negligent driver, contact a Chicago car accident attorney from Willens Injury Law Offices. Our skilled head on collision lawyers in Chicago will help you recover economic and non-economic damages. Call us today at (312) 957-4166 for a free consultation.