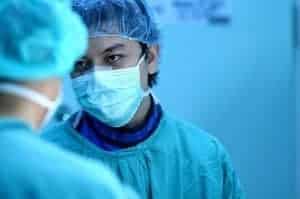 The Chicago Tribune recently reported a story about a little girl named Ashanti Norals and the malpractice settlement her and her family received from the University of Chicago Medical Center.

If you looked at Ashanti now, you would see a happy, spirited pre-teen girl from the South Side of Chicago. She likes to gossip about boy bands and how much she dislikes her school uniform. She goes swimming, loves technology and enjoys snapping pictures with her cellphone. But Ashanti is not your average little girl. She has undergone four amputation surgeries, one for each of her limbs. A few years ago, in May of 2011, Ashanti bumped her knee while on the playground at school; the injury didn’t even break the skin. However, a few days later the pain in her knee was immense and she developed a fever. Ashanti’s mother, Erica Norals, became concerned by her daughter’s pain, and took Ashanti to the University of Chicago Medical Center.

Upon admittance to the medical center, Ashanti had a 100-degree fever, which later rose to 104. Her blood work showed that she had an elevated white blood cell count and the pain in her leg worsened as time wore on. The doctors scheduled an MRI and attempted to manage her pain, yet she was not administered any antibiotics. On her second day in the hospital, Ashanti went into septic shock, suffered from a cardiac arrest, and had multiple organ systems begin to fail. Over the next few days her limbs developed gangrene and required amputation.

In October 2012, Erica Norals filed a medical malpractice lawsuit against the University of Chicago Medical Center and the five doctors who were involved in Ashanti’s care during the first 24 hours after admission. Within the year, the case settled for $32 million, placed in a trust for Ashanti until she reaches 18. In the meantime, her mother can use some of the funds for major medical expenditures with the courts approval, such as a fully accessible home in which Ashanti can have more independence.

Ashanti now has four prosthetic devices, which she is learning to use in place of her amputated arms, legs, hands and feet. She has mastered swimming, and is fairly good at walking, although she sometimes becomes easily tired. She can bathe herself, and clean her prosthetics, but has difficulty dressing. Her family has been the support she needs while adapting and adjusting to her new limbs.

Misdiagnosis and Delayed Diagnosis Usually Track Back to Medical Negligence

When a doctor improperly diagnoses a medical condition, the condition can convert into a high-risk situation for the affected patient. Such a misdiagnosis or delayed diagnosis is usually an act of medical negligence on the part of the doctor. Doctors, other medical professionals and hospitals owe patients a duty of care, and when that duty is breached and it causes harm to the patient, medical negligence has occurred. A misdiagnosis or delayed diagnosis can have severe complications, as is told by Ashanti’s story.