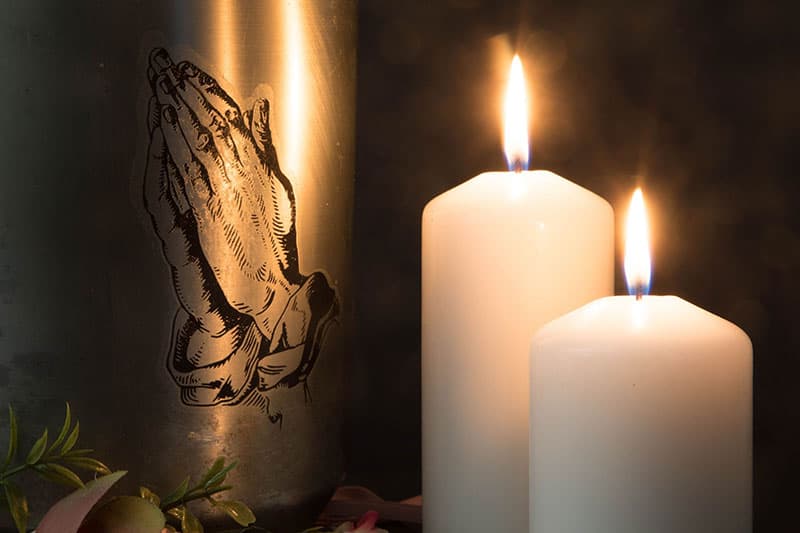 If you’ve lost a family member due to someone else’s negligence, you may be entitled to compensation. Though a monetary settlement cannot ever replace the life lost, it can be a way for you to recover some financial losses and focus on healing. Here’s a primer on Illinois wrongful death and Illinois survival actions, both legal remedies that could compensate you after your loved one’s passing.

What is considered wrongful death in Illinois?

Under the Illinois Wrongful Death Act (740 ILCS 180), a wrongful death is when a person dies because of another party’s “wrongful act, neglect, or default.” The following examples would be considered wrongful death in Illinois:

These two terms are often used interchangeably, but here’s the slight difference between a “wrongful death claim” and “wrongful death lawsuit”: A “claim” can refer to an insurance claim, which the surviving family may file against the at-fault party’s insurance provider instead of proceeding directly to suing.

What are the elements of a wrongful death claim in Illinois?

When pursuing a lawsuit for your loved one’s untimely death, you’ll need to prove these four elements of a wrongful death claim:

It’s invaluable to have an attorney in proving these elements, as it requires sufficient evidence, case-building, and legal argumentation.

Who can sue for wrongful death in Illinois?

Note that even if it’s the personal representative that files the wrongful death lawsuit, the compensation recovered will be distributed by the court to the surviving next of kin.

What is the average settlement for a wrongful death lawsuit in Illinois?

What are the potential damages in a wrongful death claim in Illinois?

These are the common potential damages in a wrongful death claim in Illinois:

Determining the dollar value of these damages, especially non-economic ones, requires consideration of many factors including the decedent’s age, health, capacity to earn, and relationship with survivors. To help you determine the value of your wrongful death claim, consult with us for free at Willens Injury Law.

Who gets the money in a wrongful death lawsuit?

What’s the time limit for filing a wrongful death lawsuit in Illinois?

A few exceptions exist. If the death was caused by violent intentional conduct, the statute extends to five years. If the person who caused the death was charged with murder or homicide, the statute of limitation for a wrongful death suit is one year after the criminal case is concluded.

What is the Illinois Survival Act? How is it different from wrongful death?

The Illinois Survival Act (755 ILCS 5/27-6) is another law that applies to deaths caused by wrongful actions. Like the Wrongful Death Act, it allows surviving family members to receive compensation for their loved one’s death.

The difference between wrongful death and survival lawsuits is that wrongful death is filed to compensate the survivors, while a survival action is meant to compensate the deceased person (decedent). In other words, the deceased person’s right to be compensated “survives”. A survival action is filed by the decedent’s estate to claim damages that the decedent would have been entitled to had they lived. These include, for example, their medical bills related to their injury.

Who gets the money in an Illinois survival action?

The decedent’s estate will get the money in an Illinois survival action. “Estate” doesn’t automatically mean the decedent’s family, though that is most often the case. If the decedent had a last will or other estate planning documents specifying where they wanted their assets to go, that document will likely dictate the distribution of the survival settlement. If there is no will in place, the Probate Court will decide on the distribution.

Potential parties who may receive part of the settlement include the deceased person’s dependents, close family members, estate representatives, and creditors, if any.

How much can I receive in an Illinois survival action?

Many factors affect the compensation amount in a survival lawsuit. To get a good idea of how much you could receive in an Illinois survival action, work with a lawyer to get a reliable assessment.

A survival action is meant to compensate the deceased person had they not died of their injuries. It’s like a personal injury claim that the person would have filed for himself/herself. This means that the damages in a survival action are those from the moment the person got injured up to the day they died. The damages may include the following:

What is the Illinois Survival Act statute of limitations?

Like the Wrongful Death Act, the Illinois Survival Act statute of limitations is generally two years from the date of death. This can be extended to five years if the death resulted from an intentional act of violence.

Can I bring a wrongful death lawsuit and a survival lawsuit at the same time?

Yes, you may bring a wrongful death lawsuit and a survival lawsuit at the same time, for the same person’s death. These will be two separate cases, and it’s important to be legally prepared for each. Consult with an Illinois attorney with proven experience in wrongful death cases.

Losing a loved one is extremely emotional, and it can be difficult to navigate the legal procedures of claiming compensation. Get the legal support of Willens & Baez, a highly trusted firm in the Chicago metro. We have won millions of dollars for Illinois families who have lost their loved ones due to the recklessness of others. Our attorneys are not only skilled, they are compassionate when dealing with our clients who are trying to recover from their great loss.