Who Is At Fault In A Chain Reaction Vehicle Accident? 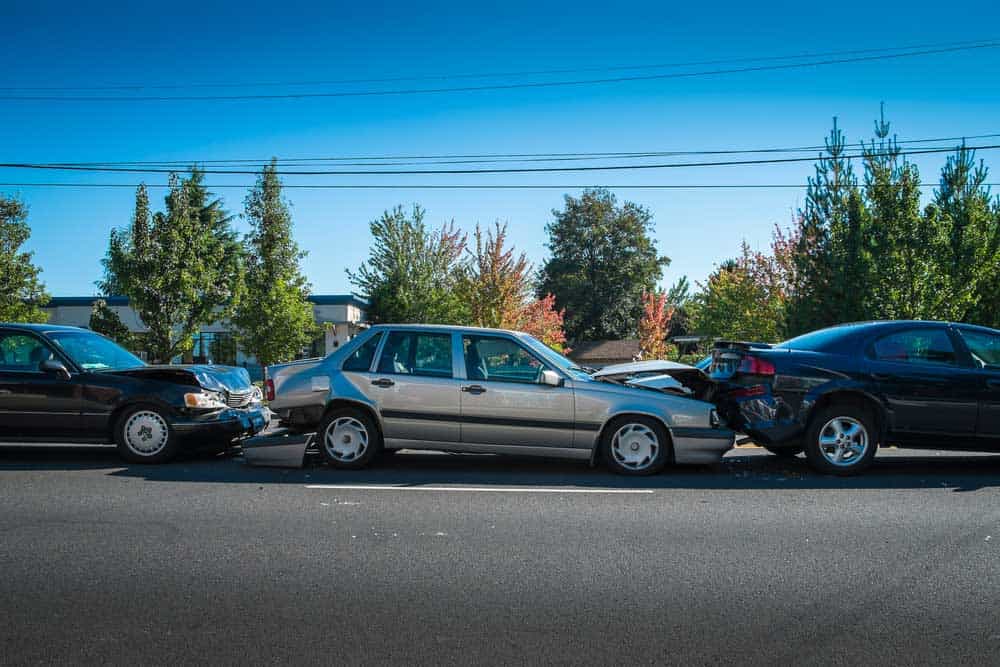 A “chain reaction” car crash is an accident where three or more vehicles are involved in a series of collisions, primarily caused by a first single collision. In a multi-vehicle accident like this, it can be very challenging to determine who is at fault, and in some cases, more than one person may be held responsible.

How A Chain Reaction Pileup Occurs

A multi-vehicle chain reaction accident starts with one car crash whose force causes other vehicles to hit one another. It typically happens during traffic stops or on narrow roads, as vehicles are close to each other. Let’s take a look at some examples:

Driver 2 and Driver 3 are stopped at an intersection. Driver 1 comes along behind Driver 2 and is unable to brake in time. This causes Driver 1 to collide into Driver 2, initiating the accident. Because of the force, Driver 2 is pushed towards Driver 3, and thus, another crash occurs.

Driver 1 is traveling behind Driver 2, when Driver 2 stops without warning. Driver 1 collides into Driver 2, resulting in the first crash. Along comes Driver 3 who is driving too fast and ends up hitting the rear end of Driver 1’s car. This unexpected obstacle on the road startles another driver, Driver 4, who fails to stop in time and crashes into the pileup.

Who is at fault in a multi-vehicle accident?

Typically, the driver who caused the first crash in a chain reaction accident may likely be held responsible. But as the instances above show, other persons or even public agencies may share the fault as well. The key is proving that each of these parties was negligent. Here are some examples:

All these said, there are also cases where no one can actually be blamed for the crash. An example is when the accident occurred because of bad weather or natural hazards on the road such as an ice patch. Another is when a driver inadvertently instigated the accident because they were losing consciousness at the wheel due to a medical condition. In cases like these, the liability may be reduced or eliminated altogether.

Establishing That Someone Is At Fault

A complex accident such as a chain reaction pileup requires thorough and skilled investigation by an experienced car accident lawyer. The most important element to prove is the at-fault party’s negligence, and there are several things that can be used to establish this:

It is best to get the help of an experienced accident attorney. A competent accident law firm can conduct an exhaustive investigation of the accident and build a strong case against the liable party.